ISCA Europe, a subsidiary of ISCA, Inc., is a member of a consortium of companies in Europe that has been awarded a  $6.9 million grant to develop sustainable fermentation processes to produce pheromones to safely control insect pests of maize, soybean, cotton, and other row crops.

The grant from the Bio-Based Industries Joint Undertaking (BBI JU), a partnership between the European Union and several of Europe’s bio-based industries, will help Europe meet its goals for sustainable agriculture.

Agricultural productivity needs to rise by 70% by 2050 to feed a fast-growing population. This challenge is made difficult by the onset of insect pesticide resistance, increased regulatory pressure on crop protection chemicals, and consumer-driven demand for clean nutritious and healthy products.

Pheromone insect controls, however, are safe, effective, affordable, and sustainable alternatives to toxic pesticides. Dispensing a pest insect’s sex pheromones into the field disrupts their ability to attract or find mating partners, keeping the pest population numbers low and the crops safe. Crops protected with pheromones have less chemical residue and the natural biodiversity of fields and orchards is preserved.

The mating disruption strategy has been applied successfully for 20 years in specialty crops, such as fruits and berries, and holds enormous potential to expand into major row crops such as maize, rice, cotton, and soybeans. Producing insect pheromones through new fermentation innovations that use renewable raw materials is expected to greatly reduce costs and waste that is now associated with industrial-scale pheromone synthesis.

“Pheromones are the next generation of insect control because they work harmoniously with nature, without the environmental disturbance and pest resistance associated with traditional insecticides. “Bringing these pheromone innovations to row crops is overdue, and the PHERA grant will expedite these needed and sustainable technologies.” Jean Pierre Princen, President, ISCA Europe

The Bio-Based Industries Joint Undertaking awarded the  $6.9 million grant (6.4 million Euros) for the 2020-2022 period to a consortium of companies involved in PHERA, a new major project aiming to scale up pheromone production and application technology and to drive commercialization into major row crops. The PHERA consortium consists of companies specialized in pheromone application.

“At BBI JU we are very proud to fund the PHERA project which aims to develop and commercialize bio-based insect pheromones for Crop protection. Sustainable crop protection is a key challenge that supports the contribution of BBI JU to the EU Green Deal and the need for agricultural productivity to significantly rise by 2050 while keeping biodiversity.” Philippe Mengal, Executive Director, BBI JU

The PHERA grant will be used directly towards two critical steps required for large scale implementation: Scaling up the production of pheromones to production in 100 cubic meter fermentation tanks, and conducting large-scale mating disruption field experiments in row-crops to prove the efficacy of the pheromone formulations offered by the pheromone application companies.

“Pheromone-based pest control is a solution that genuinely works for the greater good of the planet. But good solutions will only become market realities if they are supported by the right players and resources. PHERA and the consortium partners will work directly to address the two essential milestones of making pheromones affordable through large scale biological production and proving the field efficacy of the solutions when applied at a large scale.” Kristian Ebbensgaard, CEO, BioPhero 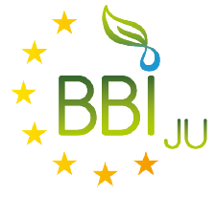 The Bio-Based Industries Joint Undertaking (BBI JU) is a €3.7 billion Public-Private Partnership between the EU and the Bio-based Industries Consortium. Operating under Horizon 2020, this EU body is driven by the Vision and Strategic Innovation and Research Agenda (SIRA) developed by the industry.

Based in Riverside, Calif., ISCA Inc. is creating a healthier planet by providing revolutionary insect management solutions that are economical, effective, and earth-friendly by harnessing the power of naturally-occurring pheromones and other semiochemicals that manipulate insect behavior. Founded in 1996, ISCA now has facilities, sales, and projects in the United States, Brazil, India, Europe, Africa, and the Middle East. ISCA has developed many products available for global use that increase crop production with no or very minimal impact on the environment. ISCA innovations work in harmony with integrated pest management regimes. https://www.iscatech.com/